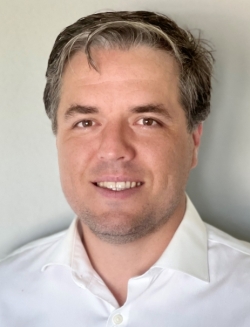 Dipl.-Ing. Edward Eichstetter is CEO of EKU North America and a co-founder of EKU since 2014. He was functional safety calibration manager at BOSCH Battery Systems in Stuttgart Germany for two years. He was internationally involved in bringing several plug-in-hybrid-electric-vehicles to series production. In 2011, he was chief engineer of the Greenteam Stuttgart (University of Stuttgart). With 20 developers, the team designed the fastest accelerating electric car in the world. Previously he was the leader of the electronic team at the Rennteam Stuttgart (University of Stuttgart).

Tugboats, pushboats or towboats are used to push other larger ships in the mining and logistics industries. These boats have two 80 kW gensets for the hotel load and winches, where one of them is running the whole time and the other one is just expected to be backup. EKU estimates that the electrical load for these gensets is around 12 kW for about 90% of time, which means that a Vessel Idle Reduction and Genset Operation (VIRGO) would reduce idle time and NPT.